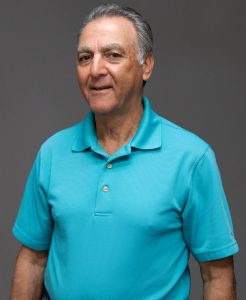 About 78 percent of the votes were cast to recall Mancuso, while about 22 percent elected to retain him.

The community saw an impressive turnout with 34 percent of the community voting. The vast majority were cast early, with just 229 voters showing up on Election Day. Owner Members in good standing may cast one ballot for each property they own. There were a total of 8,593 voters casting 8,765 votes based on their property ownership. There were 49 abstentions.

Monday’s Election numbers compare to 4,143 who voted for Mancuso in the regular March Election.

Mancuso, who was seated to fill a partial term beginning March 29, started his own three-year term July 1. He was recalled in the special election after Owner Members turned in a petition with at least 1,000 signatures asking for the vote. According to Arizona law and Sun City West’s Bylaws, the Association must hold a recall election within 30 days of receiving a valid petition.

The recall means the Association will have two vacancies to fill as it starts its new season and new fiscal year. Director Bob Carneiro resigned from the Board on June 1 for personal reasons. The volunteer Governing Board is comprised of nine Owner Members who are elected to serve three-year terms. Information about filling the two vacancies will be announced in the near future.