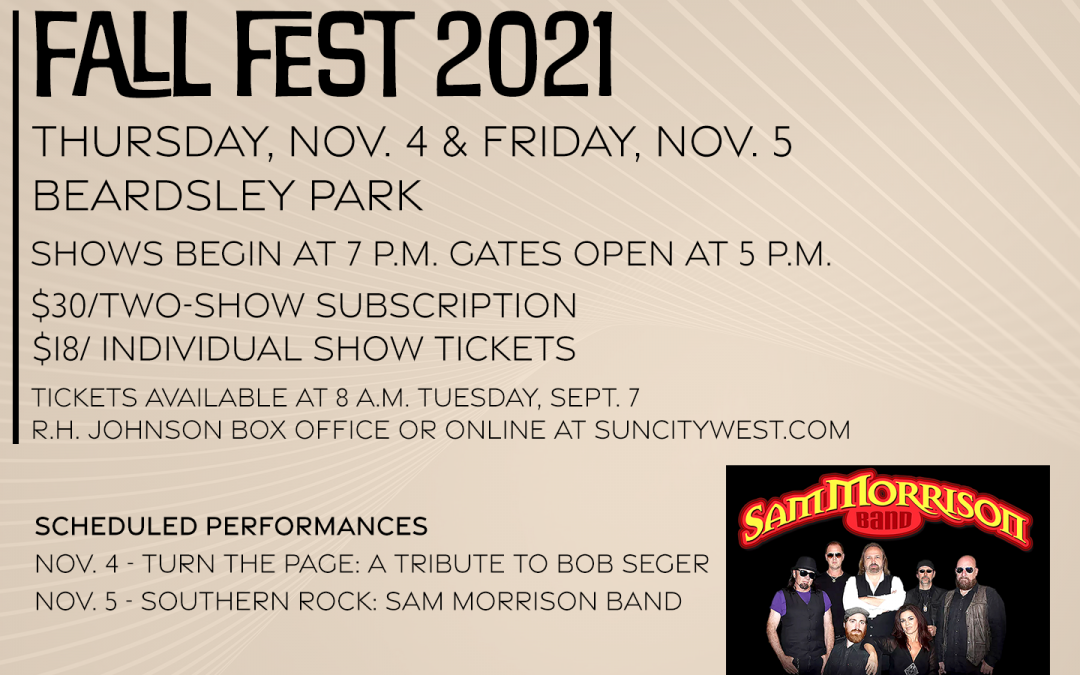 After almost  a two-year hiatus, the Recreation Centers of Sun City West are happy to announce the return of Fall Fest! This two-night event is scheduled for Thursday, Nov. 4 and Friday, Nov. 5 at Beardsley Park. Both nights will be filled with music from the Sam Morrison Band, who will perform a Bob Seger tribute and a southern rock show, providing the perfect environment for residents to dance the night away.

Both shows for Fall Fest will begin at 7 p.m. with gates opening at 5 p.m.

A two-show package will be available for $30. Individual show tickets are $18. Tickets will go on sale at 8 a.m. Tuesday, Sept. 7, at the R.H. Johnson Box Office or online at suncitywest.com.

Nov. 4 – Turn the Page: A Tribute to Bob Seger (performed by the Sam Morrison Band)

Show is now Sold Out

Turn the Page is an incredible re-creation of the live Bob Seger experience performed by The Sam Morrison Band. Every effort has been made to ensure each song is performed with all the passion and excitement expected in a Bob Seger show.

With more than four decades of hit songs and millions of albums sold worldwide, Bob Seger has written the soundtrack for Baby Boomer generation. Quite simply, it’s the music of working-class America. Songs like “Old Time Rock and Roll” and “Night Moves” remind the audience of everything good about rock ‘n’ roll and proves that Seger deserves his place in the Rock ‘n’ Roll Hall of Fame.

For more than a decade, the Sam Morrison Band has delivered music with an unapologetic love for the American way of life. Heavily influenced by Lynyrd Skynyrd, Molly Hatchet, Allman Brothers and Charlie Daniels, SMB pulls Southern Rock out of the 1970s into a time and culture where folks need the pride and attitude the music evokes. 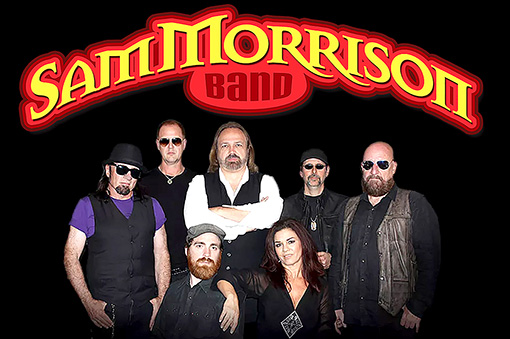