Members encouraged to run for Governing Board 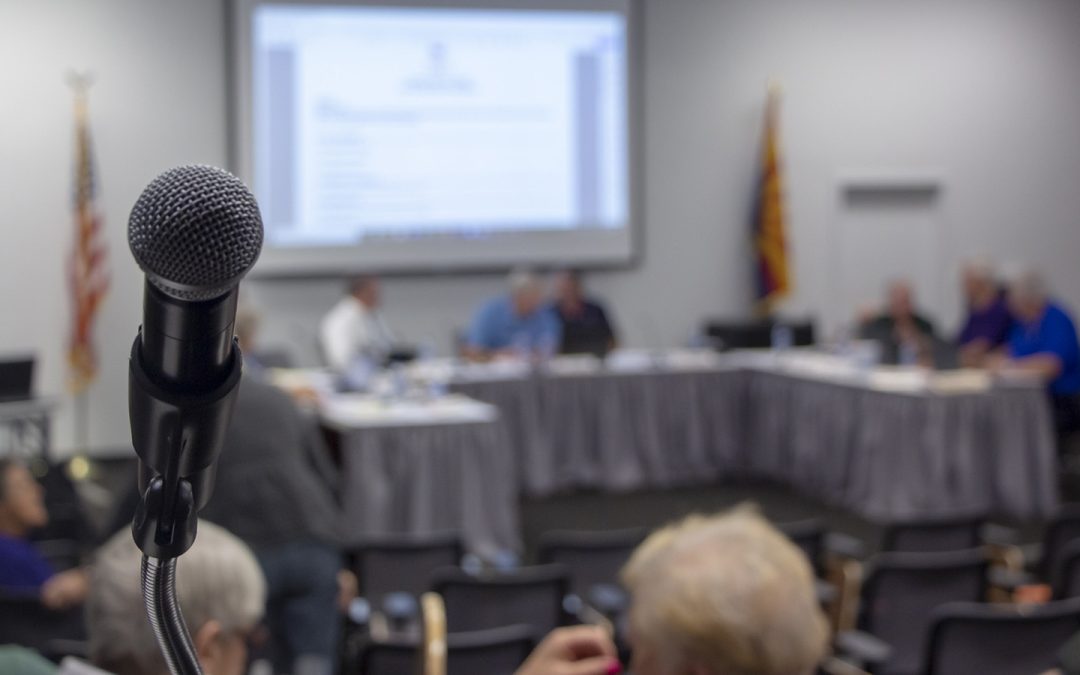 Sun City West Owner Members who want to make a difference in their community are encouraged to run for the Governing Board. Candidate packets will be available on Monday, Nov. 1, at the R.H. Johnson Rec Center Administrative Office (Building G3), 19803 R.H. Johnson Blvd.

The Recreation Centers of Sun City West Governing Board is comprised of nine residents who serve as the volunteer governing body in our community. The Board sets the policies under which our Association operates. In a typical year, three new members are elected to replace the outgoing volunteer Directors who have completed their three-year term. During the March 2022 election, however, we will elect the three, three-year term Directors, as well as a single two-year position – which is the completion of a previously vacated seat.

Any resident Owner Member in good standing who is available on a year-round basis for participation in the Association’s business affairs, may become a candidate for election to the Governing Board.

Candidate packets including petition forms with the required “Affidavit of Circulator” on the reverse side of each signature page are available from the Executive Assistant in the Administrative Offices at the R.H. Johnson Rec Center (Building G3), 19803 R. H. Johnson Blvd.

Candidate packets must be returned by 2 p.m. Monday, Jan. 3. They must include: