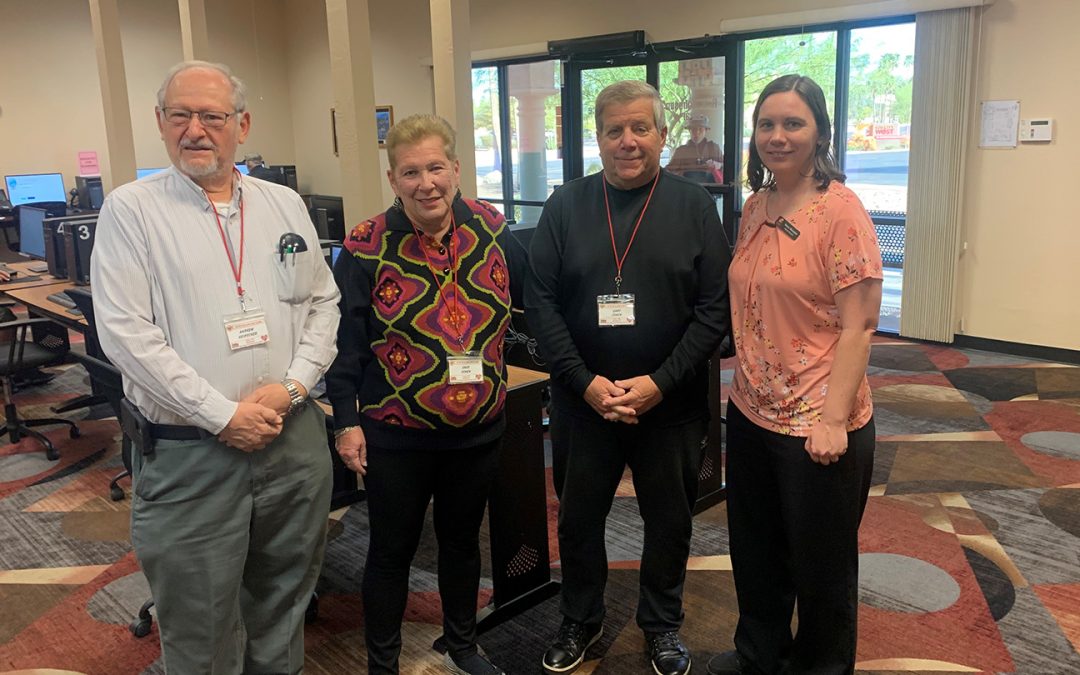 Pictured above: Touring the Data Resource Center at the R.H. Johnson Library where $20,000 in grant money will fund the purchase of 12 new computers are, from left, the Broadcast Club’s Treasurer Andrew Heidecker, Enid Cohen, and club President Gary Cohen, with Library Director Tracy Skousen. The Broadcast Club received the grant from the Tohono O’odham Gaming Enterprise and donated the funds to the Library for the new computers.

The Sun City West Broadcast Club applied for and received a $20,000 grant from the Tohono O’odham Gaming Enterprise (Desert Diamond Casino), and will use the money to purchase new computers for the R.H. Johnson Library.

The grant was awarded to the club for community enhancements serving seniors in Sun City West. The 12 new Dell all-in-one touch screen computers purchased with the funds will do just that.

The computers will be installed at the Library in early April, replacing the older machines currently in place. All Sun City West members in good standing may use the computers for a variety of tasks simply by showing their rec card to the monitor. The computers have Microsoft Office installed on them, and access to a printer where boarding passes, emails, reports and other items can be printed for a nominal fee.