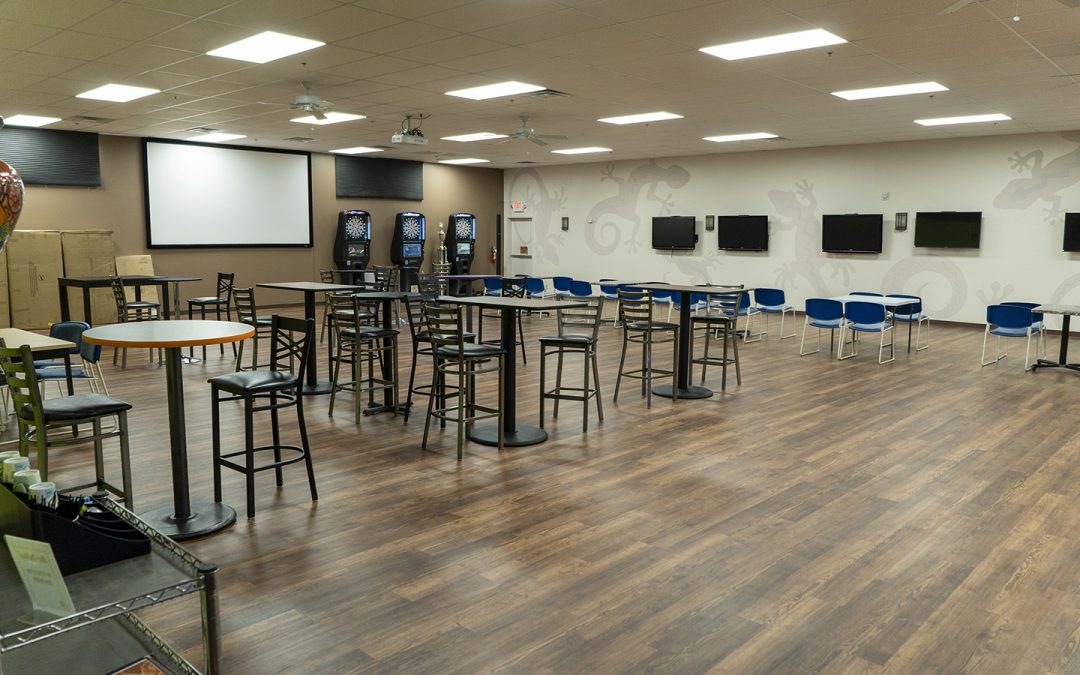 Offering beer and wine, including three beers on draft, the local hangout is open from 11 a.m. to 8 p.m. Monday through Saturday. The easiest entrance is through the building’s north doors, near Memo’s Bistro. The public is welcome.

Creating the pub involved converting the previous “Shuffleboard Room” to the new location. Available furnishings were used, although plans call for new pub-appropriate furniture to be added after the Association’s new fiscal year starts July 1. There are also plans to offer food in the near future, through Memo’s.

The room already has a built-in bar, several TVs and music. A variety of sporting events will be shown on the TVs, including NFL football games.

The Lizard Acres motif was chosen to honor the historical name of this area. According to the “Sun City West Silver Celebration” history of the community, two men, R.S. Spurlock and J.C. Wetzler were looking at a proposed 1,900-acre site on which they wanted to build a new ranch. The area was about a mile east of Grand Avenue and Bell Road.

According to the history book, Spurlock looked at the property and declared, “Jumpin’ Jehosophat, this country isn’t fit for raising anything but lizards.” A sign indicating “Lizard Acres” can see be seen in that area near the railroad tracks.

To pay homage to the history and the pub’s new name, a Special Arts Committee has painted lizards on one of the room’s walls. Like many lizards, the newly painted additions blend in nicely with the background. Stop by to check it out and you’ll be sure to spot them.