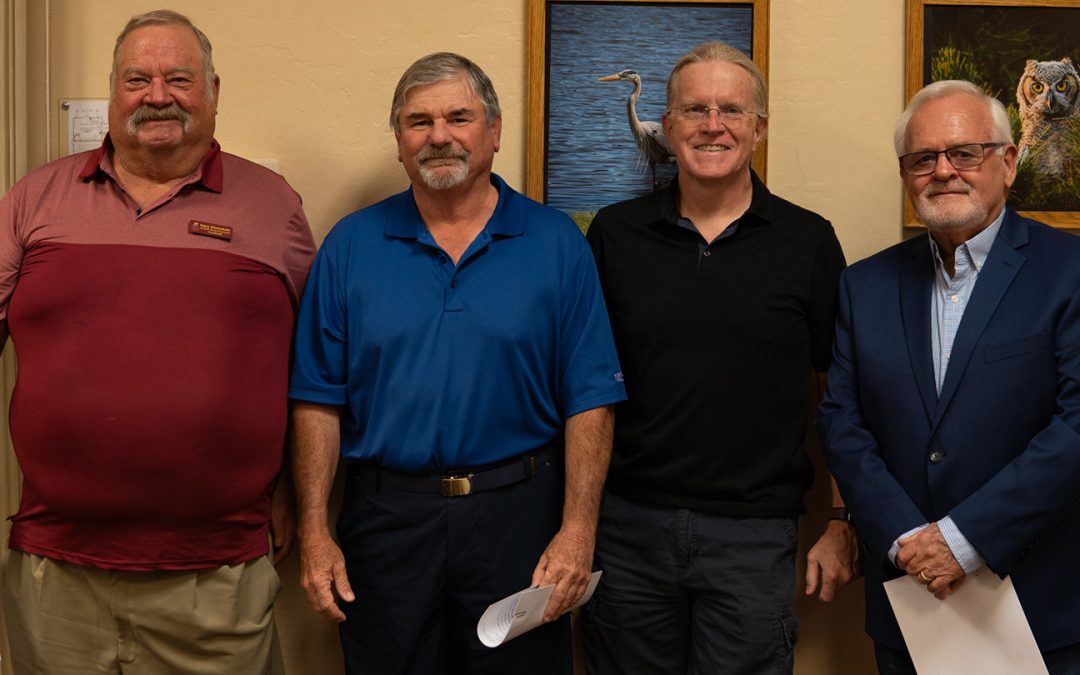 The Recreation Centers of Sun City West swore in two new Directors-elect and welcomed back two incumbents following the conclusion of its Governing Board Election.

Dick Rhoades and Jack Leary will join the Board come July 1. They will be joined by incumbents Tim Hurley and Harry Stannebein, as well as continuing Directors Donna Maloney, Anne Brown, Lisa Vines, Roberta Davidson and Sharon Hettick.

Rhoades came out on the top of balloting with 3,768 votes. He was followed by Hurley with 3,696 votes, Leary with 3,398 and Stannebein with 3,082. Stannebein will be seated to an unfinished two-year term. The other three will serve three-year terms. Candidate George Kuchtyak Jr. was unsuccessful in gaining a seat, with 2,495 votes.

All terms start July 1, although the candidates were sworn in immediately after the polls closed. In April, the new Directors will join continuing Directors in choosing officers for the 2022-23 fiscal year.

The volunteer Governing Board is comprised of nine Owner Members who are elected to serve three-year terms. Vacancies with shorter terms are filled as the need arises.

Thank you for the information

Congrats to the winners.

Congratulations to candidates elected, Only 17% voted, shameful when you hear constant complaints from the other 80% of owner members.