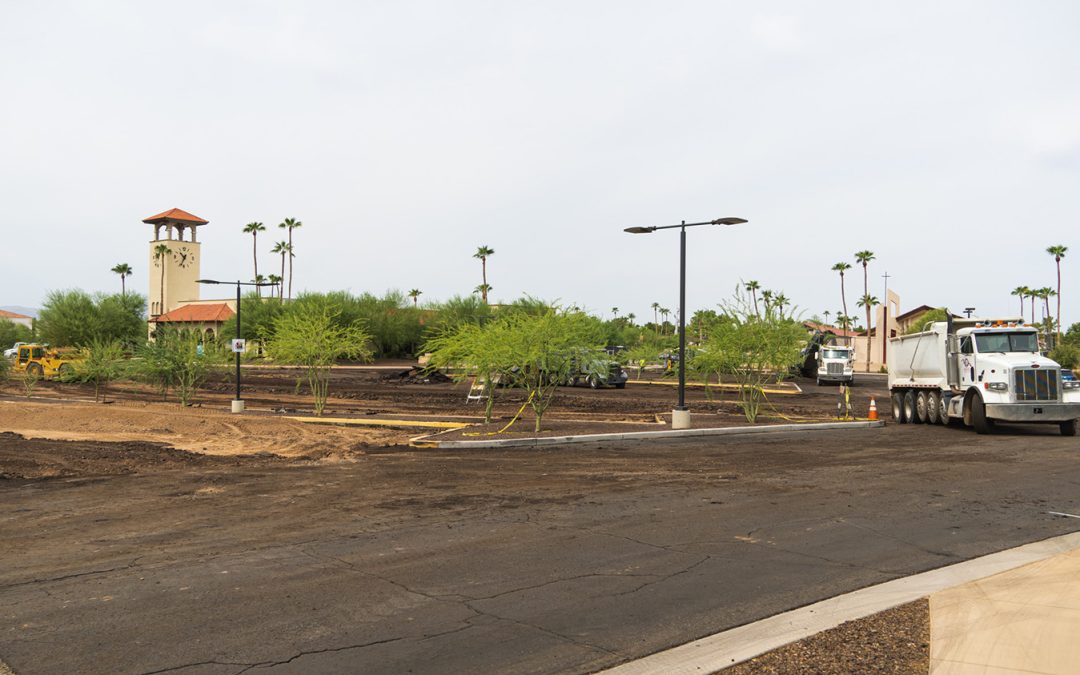 The R.H. Johnson Library, Sands Pickleball Courts, Men’s Club and south Auto-Restoration Club parking area will remain closed for at least another week for soil stabilization as part of the parking lot project.

When the contractors removed the old asphalt they uncovered mostly sand, which needed to be stabilized before new asphalt could be poured. This was a concern during the original project planning process, and additional funds were set aside for the contingency. The original timeline also was noted as tentative given the likelihood of this occurrence.

The soil stabilization process is well under way but was impacted slightly by the heavy rains earlier in the week. The timeline for asphalt pouring is expected to be set soon, and will be announced through the Association’s social media channels as soon as possible.

The library was originally scheduled to reopen Sept. 16, but that will be delayed until at least Sept. 23. Once that part of the parking lot is complete, phase two will begin, which will impact the pickleball courts, Men’s Club and south ARC Club lot.

The library has extended its fine forgiveness during the closure.

The library’s digital materials are available during the closure. Some library staff is temporarily relocated to the former Village Store, near the Lecture Hall, to answer phones and emails between 8 a.m. and 3 p.m. Monday through Friday.

All these parking lots are heat islands! We need to join with Phoenix and ASU to start a Cool Pavements program. https://www.phoenix.gov/streets/coolpavement.
And more shade trees please!

Can we drop off library books, dvds and audio books on disc at the former village store before the opening of the library?

Hi Shirley. The library can take your items if you are unable to hold on to them until they reopen. They are currently located in the former Village Store, Monday through Friday from 8 a.m. to 3 p.m.
Reminder that there are no late fees during the current library closure.

Weren’t these replaced with new asphalt about four years ago ?