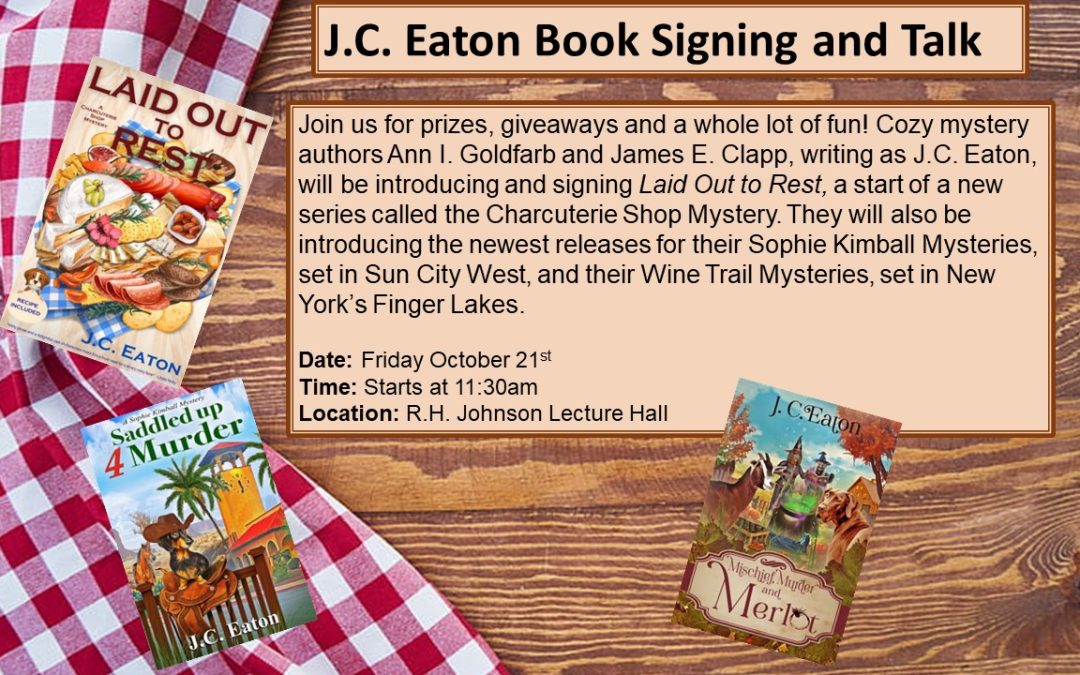 Join us for prizes, giveaways and a whole lot of fun!

Come chat with the authors about their new novel and the other three mystery series that they write. Copies from all their series will be available for purchase from Barnes & Noble.

The event is on October 21st and starts at 11:30am in the Lecture Hall.
The event is free and open to the public. Tickets are not needed. 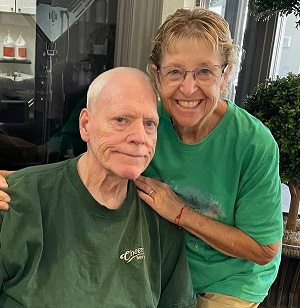 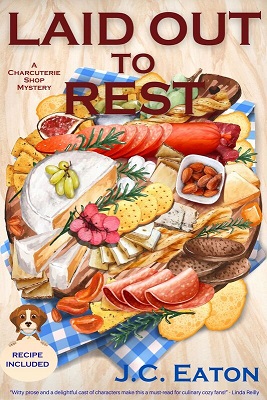 Laid Out to Rest

Next time you rent a house, make sure you’re the only occupant.

If it wasn’t for a flamboyant, self-absorbed ghost occupying Katie Aubrey’s rental house, the thirtysomething former business tech turned charcuterie chef would be able to concentrate on her new sandwich shop and catering business. But as luck would have it, former food critic and septuagenarian Edith Ellory will not let go. Not until she convinces Katie to find out who killed her.

In spite of a coroner’s report stating Edith had died peacefully in her sleep, her apparition insists she was murdered. Not only that but she’s convinced she knows who did the dastardly deed. Vowing not to give Katie, or her laidback beagle a moment’s peace, Edith takes them on a wild goose chase through all the restaurants that received scalding reviews from her.

If Katie ever expects to have her new charcuterie business up and running, she’ll have to do more than arrange cured meats and cheeses. The real killer is closer than she thinks and no amount of culinary design sense will prevent her from the same fate as Edith’s.