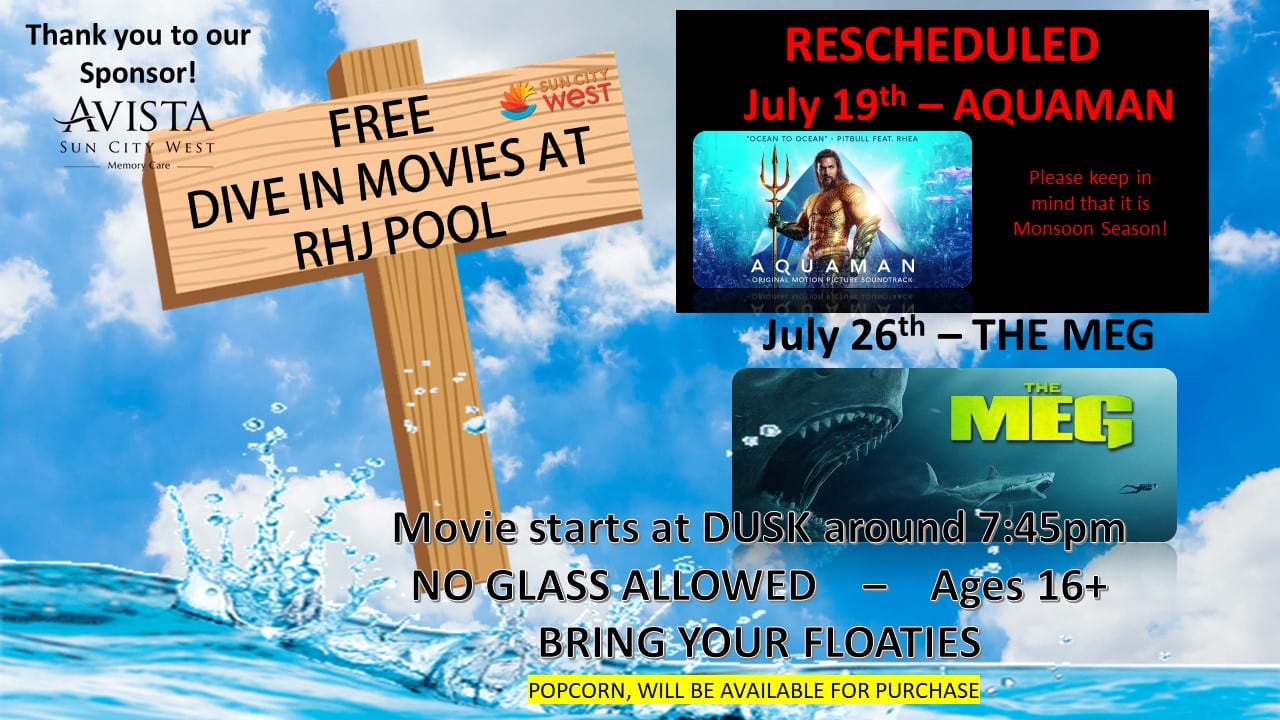 Relax by the poolside and catch an exciting Hollywood blockbuster this summer as the Rec Centers are happy to present Dive in Movies at the R.H. Johnson Pool. The movies are free and will start at dusk (approximately 7:45 p.m.). Light concessions will be available for purchase prior to the movies starting at 5 p.m.

Born upon the shores of the surface world, Arthur Curry discovers that he is only half human with the other half of his blood being of Atlanteean descent, thus making him the rightful heir to the throne of the undersea kingdom of Atlantis. However, Arthur learns that Atlantis is being ruled by his malicious half brother Orm, who seeks to unite the seven underwater kingdoms and wage war upon the surface. With aid from Nuidis Vulko and the gorgeous Mera, Arthur must discover the full potential of his true destiny and become Aquaman in order to save Atlantis and the surface from Orm’s evil plot.

Deemed insane for claiming that the failed rescue mission in the Philippine waters was doomed because of a seemingly-extinct predator of epic proportions–the prehistoric, Megalodon–Jonas Taylor, the world’s greatest deep-sea rescue diver, finds himself in the vast ocean realm of Mariana Trench, five years later. But, as three scientists of an underwater research facility near Shanghai get trapped inside a crippled submersible attacked by an unknown creature, Jonas will need to work fast to redeem himself. Could the disgraced rescuer’s theories about the vicious underwater leviathan be true after all?