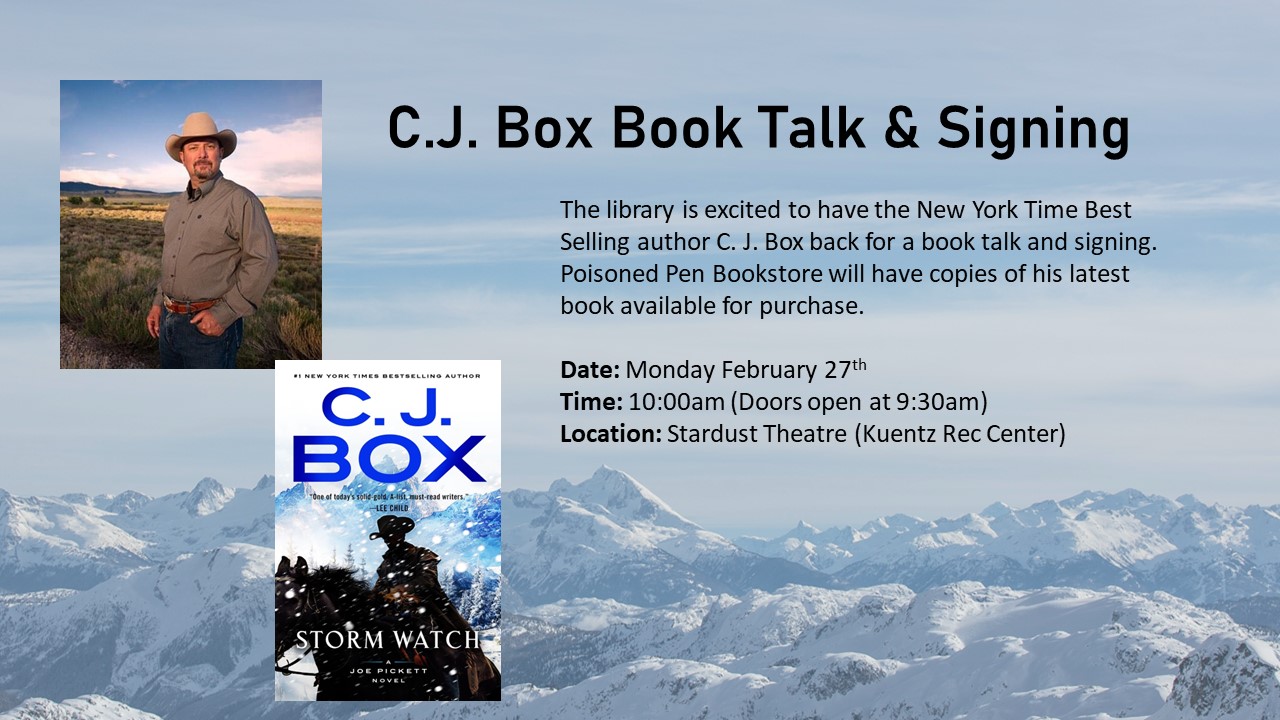 C.J. Box is coming back to Sun City West for a Book Talk & Signing

The library is excited to have the New York Time Best Selling author C. J. Box back for a book talk and signing.

Poisoned Pen Bookstore will have copies of his latest book available for purchase.

C. J. Box is the author of twenty-two Joe Pickett novels, eight stand-alone novels, and a story collection. He has won the Edgar, Anthony, Macavity, Gumshoe, two Barry awards, the French Prix Calibre .38, the Western Heritage Award for Literature, and two Spur Awards. An avid outdoorsman, Box has hunted, fished, hiked, ridden, and skied throughout Wyoming and the Mountain West. He is an executive producer of ABC-TV’s “Big Sky” and “Joe Pickett” on Paramount+, both of which are based on his novels. 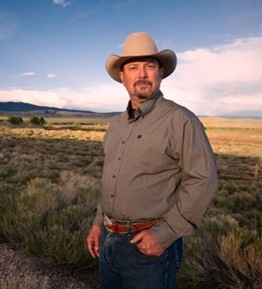 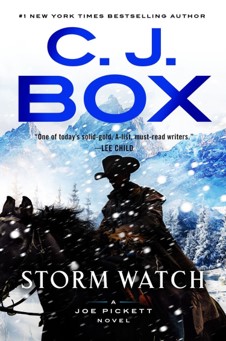 The 23rd Joe Pickett novel, captures what Box’s readers love: the mixture of suspense, the outdoors, and family relationships that is the heart of the series. In this thrilling new addition, Wyoming Game Warden Joe Pickett investigates a mysterious death at a secret remote high-tech facility.

When a prominent Chinese American University of Wyoming professor goes missing, authorities are at a dead end. His empty vehicle is found off of the interstate by Joe Pickett the day after a white-out blizzard in late January. After the second startling discovery of the professor’s frozen body, Joe soon finds that his investigation has brought attention from federal agents, extreme environmentalists, and Governor Colter Allen.

Meanwhile, Nate Romanowski—with the help of Geronimo Jones—is rebuilding his falconry company and financing it by crypto mining. When a shadowy group of local militant activists working to gain power and influence ask Nate to join them, Nate is at a crossroads. They want Wyoming to join other western states and secede from the union—by force, if necessary. Should he trust them, or is he being set up? Faced with challenges, Joe and Nate must confront them, each in their own ways—even it is means taking opposite sides.