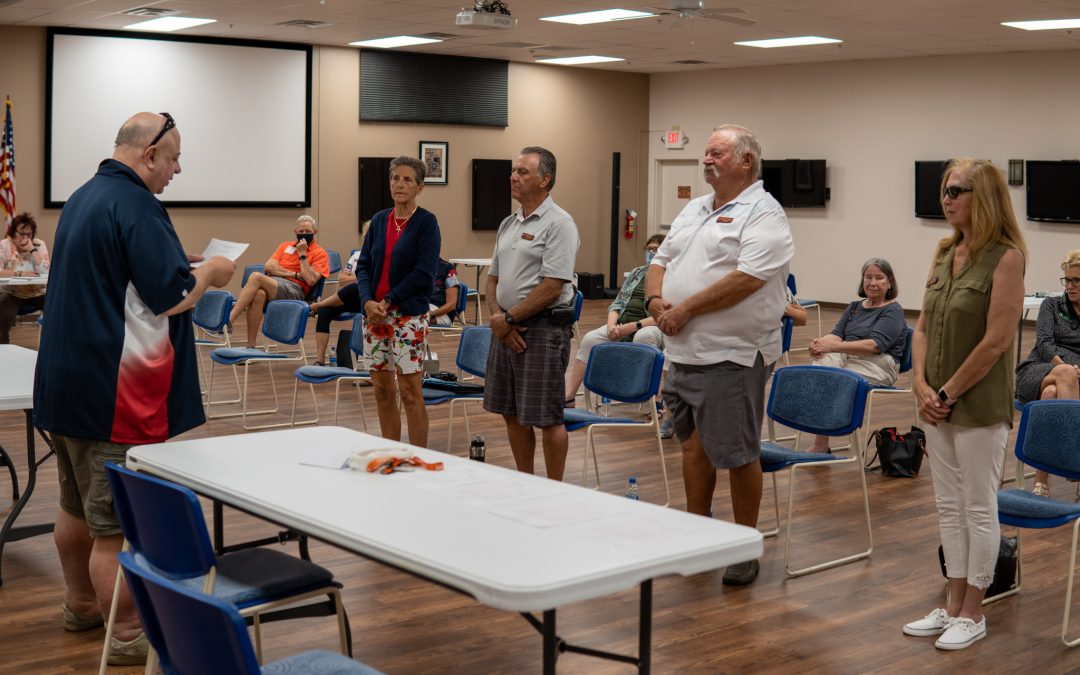 The Recreation Centers of Sun City West swore in a new Director Monday following the Association’s annual Governing Board election, with two new faces and an incumbent also elected to terms that begin July 1.

With the highest number of votes, Louis Mancuso was sworn in immediately following the election to fill an unfinished, vacant term that runs through June 30. On July 1, Mancuso will begin his own three-year term. He will be joined in three-year terms by incumbent Donna Maloney and Lisa Vines. Harry Stannebein will be seated to a one-year term.

The volunteer Governing Board is comprised of nine Owner Members who are elected to serve three-year terms. Vacancies with shorter terms are filled as the need arises.

With 4,859 votes cast, the turnout is the second-highest since at least 2012, when a major ballot initiative drew a huge number of members to the polls. Average turnout has been increasing since 2017 when online balloting began. The year prior, in 2016, only 780 members turned out to cast votes.

In this year’s election, only 80 people voted in person with the remainder voting online.