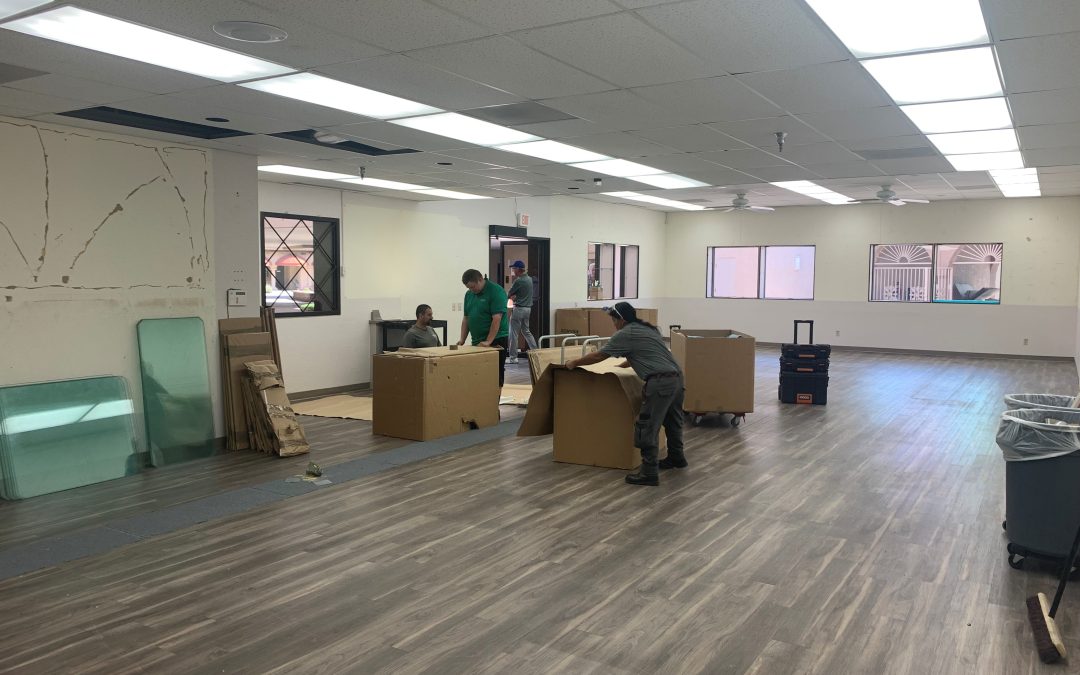 With the former Village Store moving over to PORA and reopening soon as the del Sol Arts and Crafts Gallery, the vacated space at R.H. Johnson has been sitting vacant since May.

That will change in the coming months as the Rec Centers looks to renovate the space to create a home for the CC&R Department, as well as a new meeting room to make up for space lost in previous space utilization reorganizations.

The CC&R staff has been working out of temporary space since opening at the Rec Centers in July 2019. Previously, PORA handled CC&R enforcement in Sun City West. When the CC&R office first opened, portable cubicles were set up in the back of the Social Hall, in space that normally houses R.H. Johnson’s facilities staff and equipment. They were then moved into the Administrative lunchroom, where they are housed now.

Plans call for the back part of the Village Store to be converted into office space for the CC&R Department and a part-time REDS employee. (REDS is the program used to look up and collect on APF fees that were unpaid due to homeowners not alerting the Rec Centers to deed changes.) The CC&R staff is comprised of one full-time employee, one part-timer and two who job-share field inspections. The full-time employee also handles collections.

Renovation of the former Village Store likely will take several months to complete as county permits will be required. Stay tuned to the enews for more information as the project progresses.